In this issue of the Urban Agriculture Magazine we focus on urban agriculture as a direct strategy for poverty alleviation and social integration among disadvantaged groups (such as immigrants or refugees, HIV/Aids-affected households, the disabled, female-headed households with children, elderly people without pensions, young people without jobs) by integrating them more strongly into the urban network and providing them with a decent livelihood. Examples of the social impact of urban agriculture and the varieties of this impact around the world are presented. Their lessons can be used in supporting other organisations and future urban farmers in the building of sustainable cities. 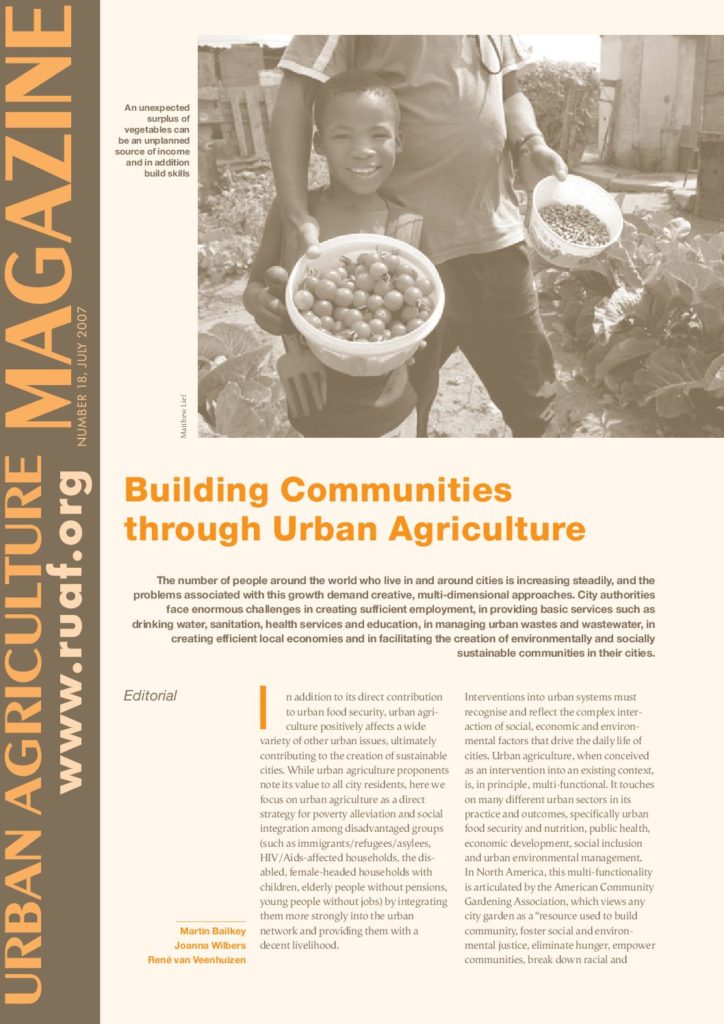