In response to changing urban food systems, short supply chains have been advocated to meet urban food needs while building more sustainable urban food systems. Despite an increasing interest in urban food supply and the flows of food from production to consumption, there is a lack of empirical studies and methodologies which systematically analyse the actual proportion and nutritional significance of local and regional food supplied to urban markets.

The aim of this empirical study therefore was to compare the geographical sources supplying food to the urban population (“foodsheds”) in Tamale, Ghana and Ouagadougou, Burkina Faso, to record the supplied quantities and to assess the level of interaction between the sources and the respective city.

The study was conducted over two years, covering the seasons of abundant and short supply, via traffic surveys on the access roads to the two cities, and in the Tamale markets, resulting altogether in more than 40,000 records of food flow.

Results indicated that food sources were highly crop- and season-specific, ranging from one-dimensional to multi-dimensional foodsheds with diverse sources across seasons. Across the commodity-specific foodsheds, city region boundaries were established. Within the proposed city region a relatively large proportion of smallholders contributed to urban food supply, taking advantage of the proximity to urban markets. While food provided from within the city region offers certain place-based benefits, like the provision of fresh perishable crops, a larger geographical diversity of foodsheds appeared to enhance the resilience of urban food systems, such as against climate related production failures. 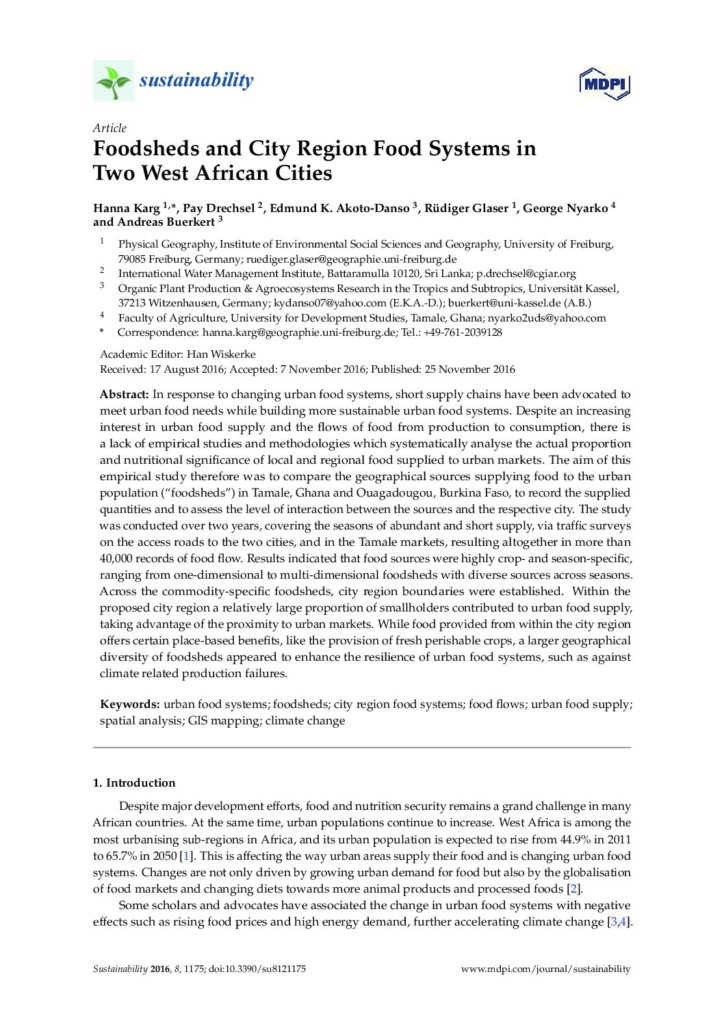