UAM37, Gender in Urban Food Systems, was produced with funding from Hivos and the CGIAR Research Programme Water Land and Ecosystems, led by IWMI.

It’s no secret that the food system has an endemic gender problem. There are significant barriers to participation in food value chains due to socially determined identities, roles, rights and obligations of women and men, and structural inequalities embedded in the system.

Most work to address gender inequalities in the food system to date has focused on rural areas, with a particular focus on women producers. But there are vast gendered disparities in
urban food systems too, which have been largely neglected by city officials, economic planners and development practitioners.

In this issue of UA Magazine, we identify the ways in which gender and inclusivity have been neglected in urban food policy, practice and research. 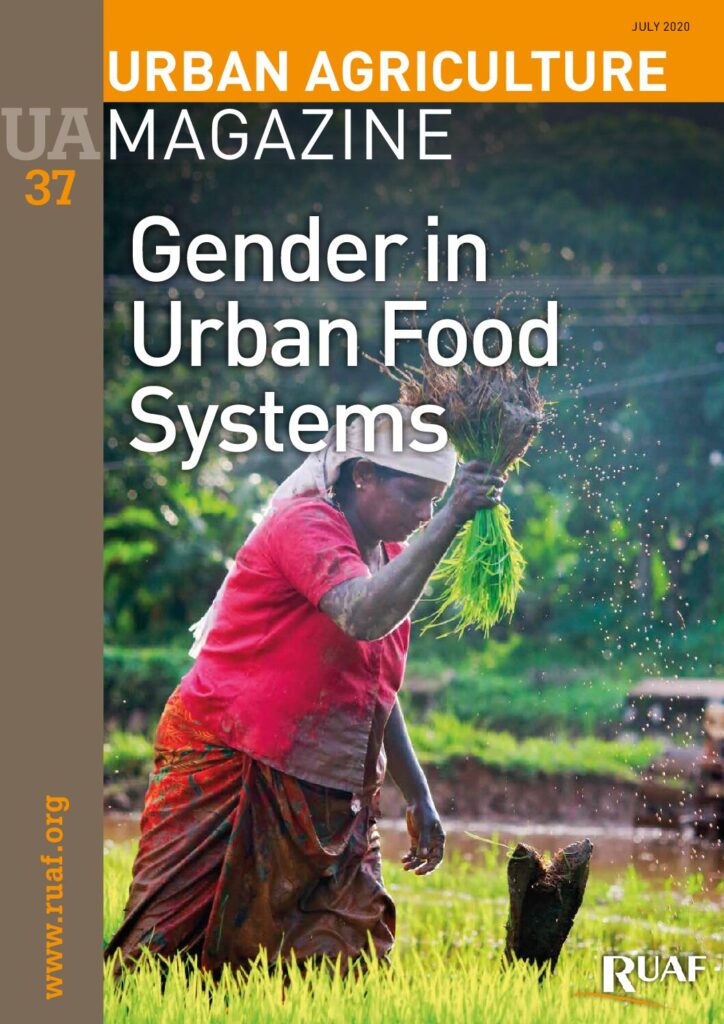