The number of people around the world who live in cities is increasing steadily. For the first time in history the percentage of population that lives in cities has passed the 50 percent mark. These cities are quickly becoming the principal spaces for planning and implementation of strategies that aim to eradicate hunger and poverty. Many cities cannot cope with the rapid population growth and face enormous challenges in creating sufficient employment; in providing basic services; and in planning and managing urban wastes and waste water. In many cities, unstable economic and political situations or natural hazards aggravate this condition of vulnerability, for instance the growing scarcity of water, rapidly rising food prices, and climate change.

Resilient cities are cities that can effectively operate and provide services under conditions of distress. Resilient cities can better absorb the type of shocks and stresses as identified above. Rather than focusing on vulnerability, a focus on resilience means putting emphasis on what can be done by a city or a community itself, building on existing natural, social, political, human, financial, and physical capital, while at the same time strengthening its capacities.

In this issue of the Urban Agriculture Magazine cases and experiences from countries such as Ecuador, China, Morocco and Portugal are discussed to show the potentials and restrictions of urban agriculture in building more resilient cities. The magazine addresses questions such as how urban agriculture can combat the negative impacts of rapidly rising food prices, how it can reduce a city’s ecological footprint and its role in adaptation to the effects of climate change, what should be the role of policies and institutions in the building of resilient cities.

This issue was compiled in collaboration with the Center for Resilient Cities and the World Bank. 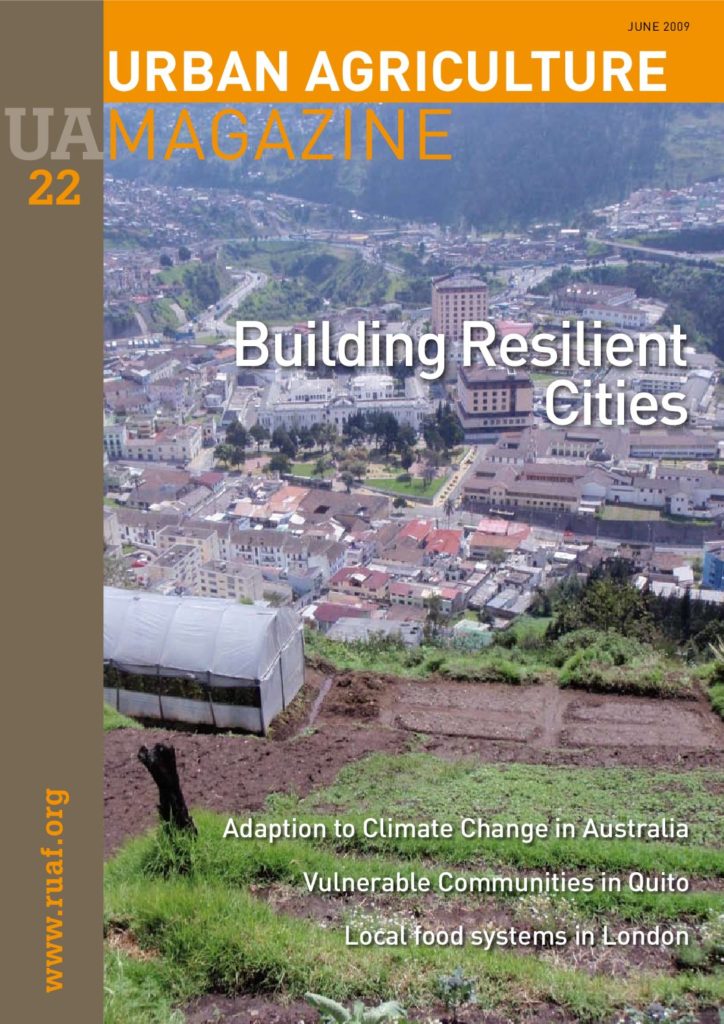