Natural hazards, civil conflicts, wars and economic crises continue to generate unstable and unsafe conditions, placing immense pressures on communities and local livelihoods. These emergency scenarios often result in people fleeing their homes to other areas or crossing borders to other countries, thereby creating mass refugee situations. Many of these refugees or internally displaced persons (IDPs) have to remain in refugee camps for extended periods or reside (often illegally) in and around urban areas.

Consequently, many people living under the harsh conditions of refugee life will try to improve their food security by establishing some form of agriculture, such as small-scale gardening in refugee camps, in backyards, or on open spaces outside settlements. And where land is limited they may resort to micro-technologies, such as container gardening, pots on shelves or hanging baskets.

In the previous issues of Urban Agriculture Magazine we highlighted the multiple functions of urban agriculture, including its role in building communities and sustainable environments. We also discussed the processes of technological, organisational and institutional innovation in urban agriculture. In this issue we focus on the role urban agriculture plays in linking relief, rehabilitation and development following a disaster or in emergency situations. Different types of disasters and resulting impacts are discussed and illustrated by articles in this magazine.

Urban agriculture has always been used as a food security strategy during economic and emergency situations. Examples include the extensive “Dig for Victory” campaign in Britain during the Second World War, and more recently “Operation Feed Yourself” in Ghana during the 1970s. Similarly in many other countries, backyard farming, and institutional and school gardening have all been encouraged during times of food instability, with many examples featured in this issue. 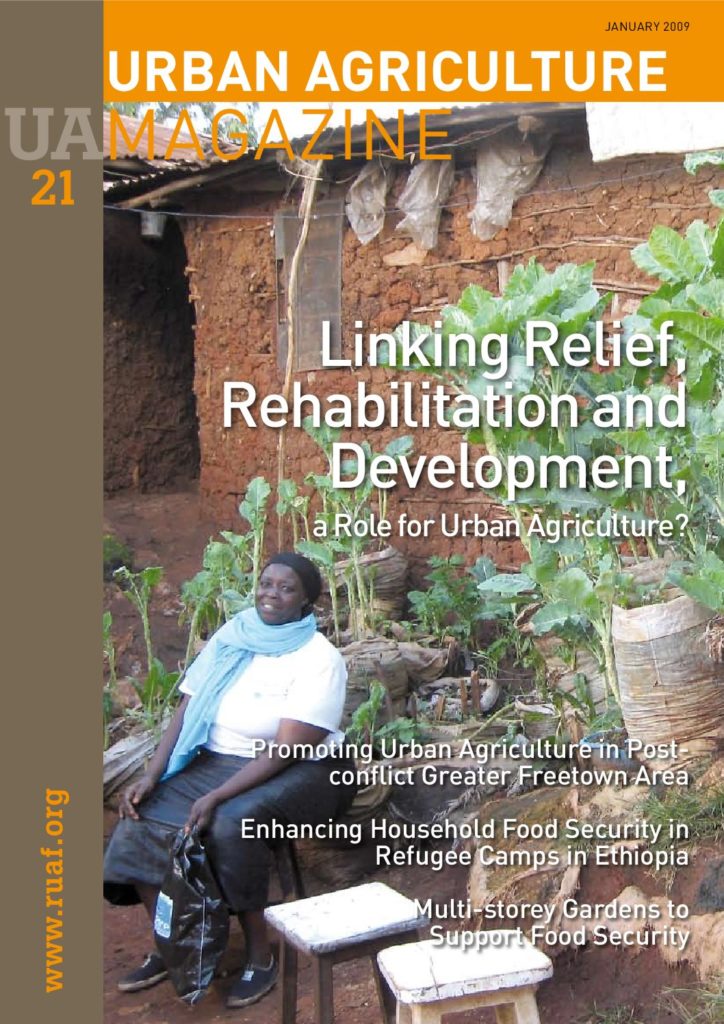