Urban Agriculture Magazine no. 2 – Livestock in and around cities

Livestock keeping in cities has special problems and opportunities. This issue of the Urban Agriculture Magazine contains articles on how different cities and people cope with problems that are sometimes caused by keeping animals.

The first part of this editorial presents different ways in which various stakeholders view issues in
urban livestock. The second part discusses functions, problems and reasons for urban livestock keeping. And the third part suggests ways to classify urban livestock systems. Livestock plays a location specific but often essential role in cities for the production of food and in terms of social aspects, particularly in small-scale animal production. Moreover, animals not only cause pollution, but they can also help to clean up the city. The last part discusses some points aimed at achieving a better understanding of urban livestock keeping among policy makers.

Also available in Portuguese and Spanish. 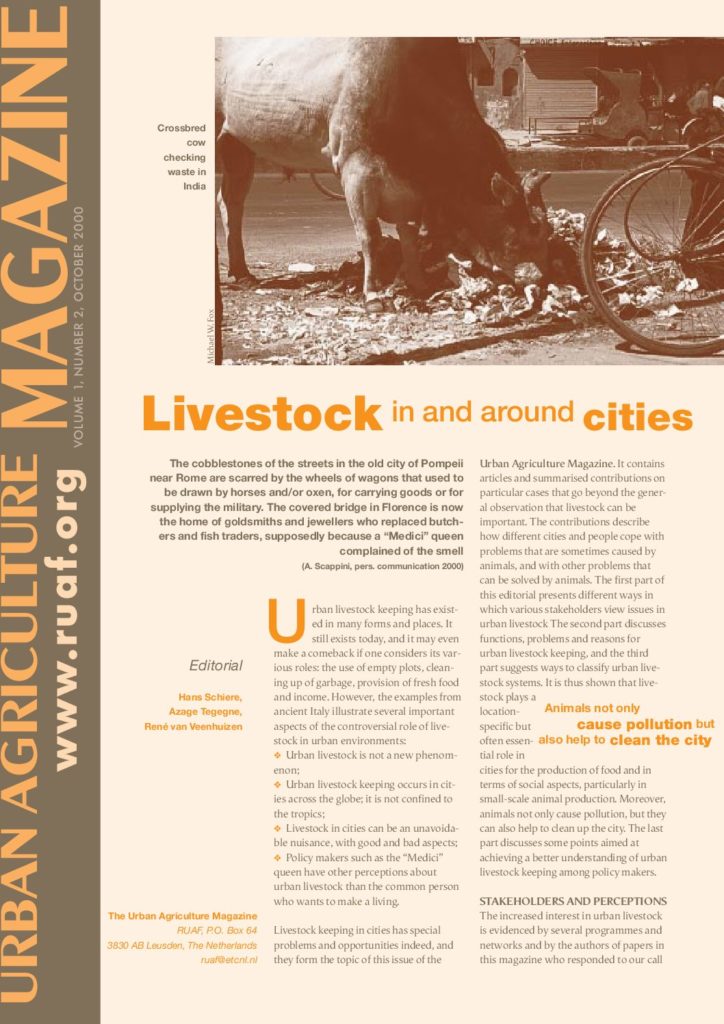