Urban producers organisations, like their rural counterparts, can play an essential role in the development of safe and sustainable intra-urban and periurban farming, through training and education of their members, joint procurement of inputs, improving access to credit, enabling quality control, processing and marketing of produce, lobbying and establishing strategic partnerships.

However, in many cities, urban producer organisations remain mainly loosely organised groups and informal networks because they are not (yet) recognised and receive little attention and support. Many existing formal urban producer organisations, especially those representing the urban poor, are still often weak in management and performance. The capacities of these existing groups, networks and organisations needs to be strengthened in various ways (organisational, technical, financial, managerial, and political).

This issue of the Urban Agriculture Magazine includes experiences of two programmes, that studied the functioning and roles of urban producers organisations, including that of IPES and ETC (both RUAF partners), and of the Food and Agriculture Organisation of the United Nations (FAO), both supported by the International Development and Research Centre (IDRC). 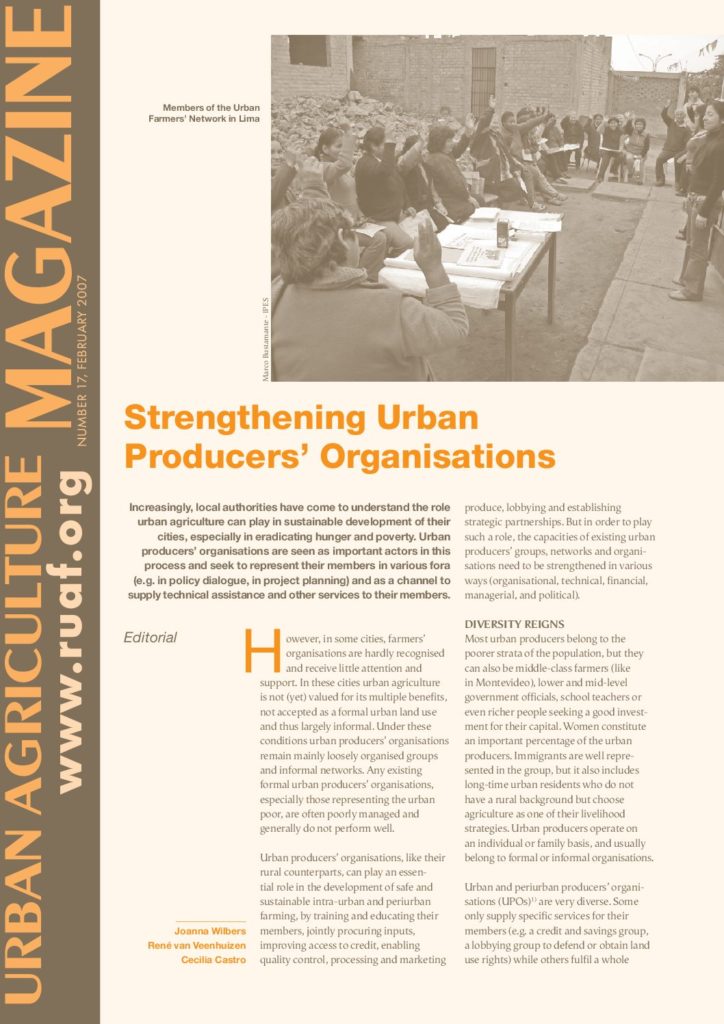