Urban agriculture can have positive and/or negative consequences for men and women. This will depend on the situation and conditions. Urban agriculture generally has a positive impact on household food security, and thus will be beneficial to women as they most often are responsible. This issue of Urban Agriculture Magazine takes a closer look, by exploring how urban agriculture relates to existing gender dynamics.

Regardless of whether men or women predominate in urban agriculture, it is important to focus research, policies and action planning on both men and women, and to emphasise differences between them, acknowledging the inherent diversity. These gendered insights will help shape appropriate and relevant interventions.

It is important to analyse the benefits of urban agriculture to households, especially to women, and compare them to alternative economic and social opportunities.

Also available in Portuguese and Spanish. 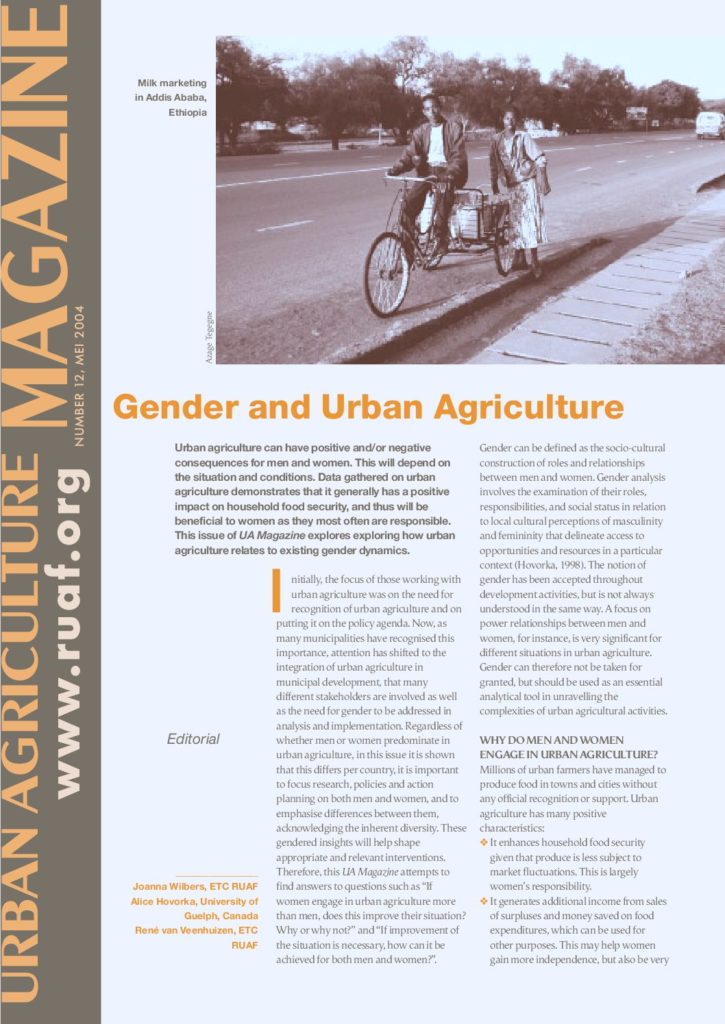