The Western Province in Sri Lanka is the most urbanised province in the country. Rapid urban growth has posed a number of problems. Ever-increasing vehicle traffic and commercial industries have contributed to increased environmental and air pollution. Food and construction are two major sources of greenhouse gas emissions, including those generated through transport. Large areas of agricultural lands have been converted for residential and commercial land uses, significantly altering natural water flows and drainage. This, coupled with an increase in average rainfall as well as heavy rainfall events, has resulted in recurrent flooding and related damages to infrastructure, utility supply and the urban economy.

With support from UN Habitat and the CDKN-Climate Development Knowledge Network, RUAF Foundation in collaboration with local and international partners such as Janathakshan, The University of Moratuwa, The University of Colombo, RUAF’s member The International Water Management Institute IWMI, the Kesbewa Urban Council and the Western Province, promotes development of urban and peri-urban agriculture and forestry as a city and provincial climate change strategy.

This brief is one of CDKN’s Inside stories on climate compatible development.

It was produced by CDKN’s project partners as part of the CDKN-ICLEI project on Subnational climate compatible development: learning from CDKN’s experience. 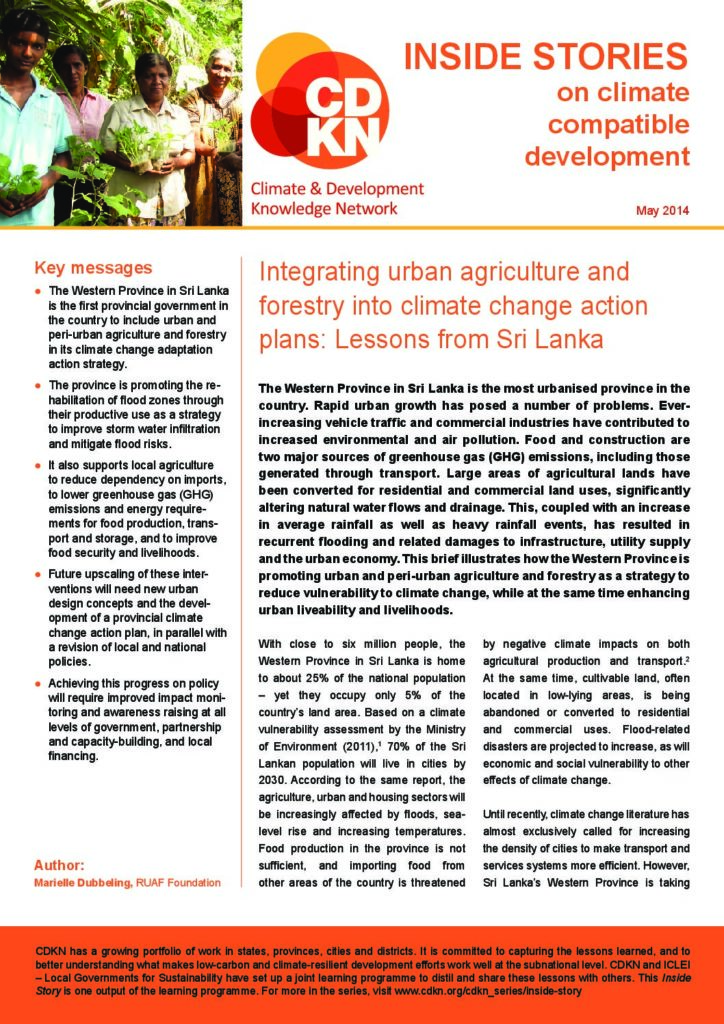