“Food Planning in Garden Cities”, is a contribution to the successful integration of food into urban planning. Urban agriculture and City Region Food Systems (CRFS) are fast gaining the attention of planners and policy makers across the Global South and North, because of persistent food insecurity and rapid urbanisation. City governments increasingly recognise both their responsibility and opportunities for building more sustainable urban, and city-region, food systems, which is made evident with the signing of the Milan Urban Food Policy Pact, and the New Urban Agenda.

Although several urban planning and policy initiatives to include food and support urban agriculture have emerged in communities across the global south and north, the work is far from complete. Food is still not part of mainstream urban or regional planning. Integrated territorial planning and urban planning processes, from neighbourhoods up to national levels, offer opportunities to implement the Sustainable Development Goals (SDG), and involves multiple government departments as well as participatory processes, including community and other stakeholders.

Some of these concerns already formed the basis of thinking that led to the foundation of the Letchworth Garden City at the turn of the 20th century. The garden cities were pioneering and recognised both the value and need for agriculture and food in the city and its surroundings, addressing social economic and environmental issues in an integrated way.

This publication shows that Garden City principles related to land and community involvement and management, the involvement of private sectors, as well as the linking to other values in cities, and various tools and partnerships, are highly relevant today and may stimulate further thinking and development of sustainable city region food systems.

Yves Cabannes is a long time RUAF Associate and Emeritus Professor at UCL/DPU and Philip Ross is the former mayor of Letchworth Garden City. 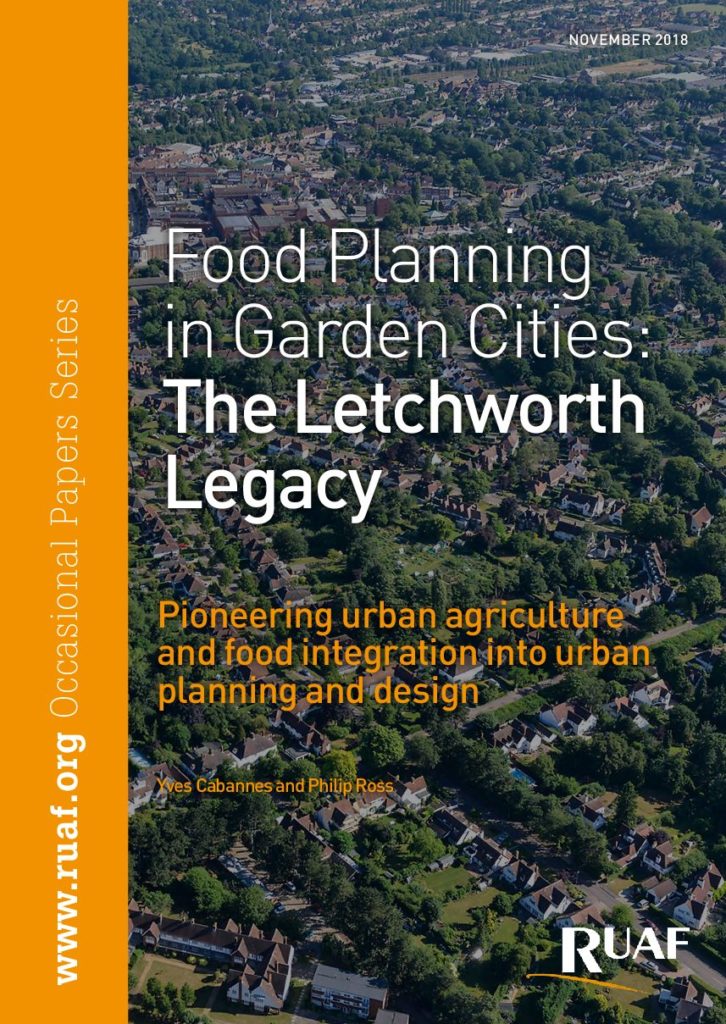