In the second phase of the RUAF programme (2006-2008), named “Cities Farming for the Future (CFF)”, the RUAF partners set out to make a contribution to urban poverty reduction, urban food security, improved urban environmental management, empowerment of urban farmers and participatory city governance by capacity development of local stakeholders in urban agriculture and facilitating participatory and multi-stakeholder policy formulation and action planning on urban agriculture, including safe reuse of urban organic wastes and wastewater, in 20 pilot cities and a large number of dissemination cities in 7 regions.

RUAF-CFF was implemented by the seven regional RUAF partners, in co-operation with local partners in the cities, in co-ordination with ETC-Urban Agriculture (Leusden, the Netherlands).
RUAF-CFF was co-funded by DGIS (the Netherlands) and IDRC (Canada) with substantial own contributions of the RUAF partners and the collaborating organisations in the participating cities.

This report provides a synthesis of the main results achieved during the whole project period (2005-2008). The report was prepared by the RUAF-CFF programme coordinator on the basis of:

The draft report was shared with all RUAF-partners and discussed in and approved by the Executive Board of the RUAF Foundation. 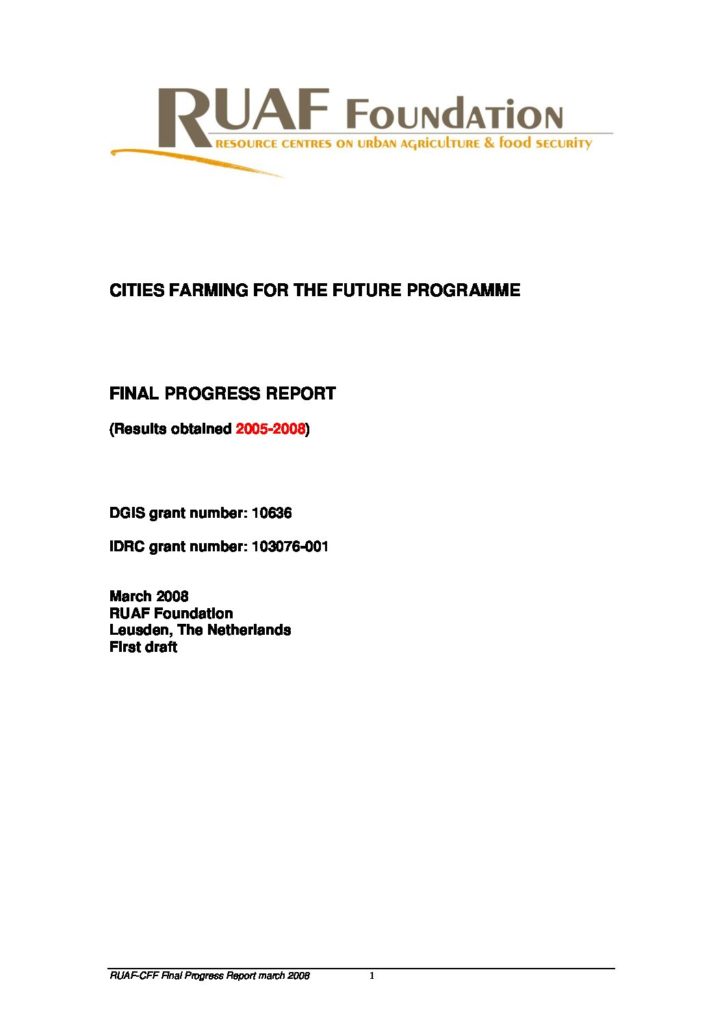